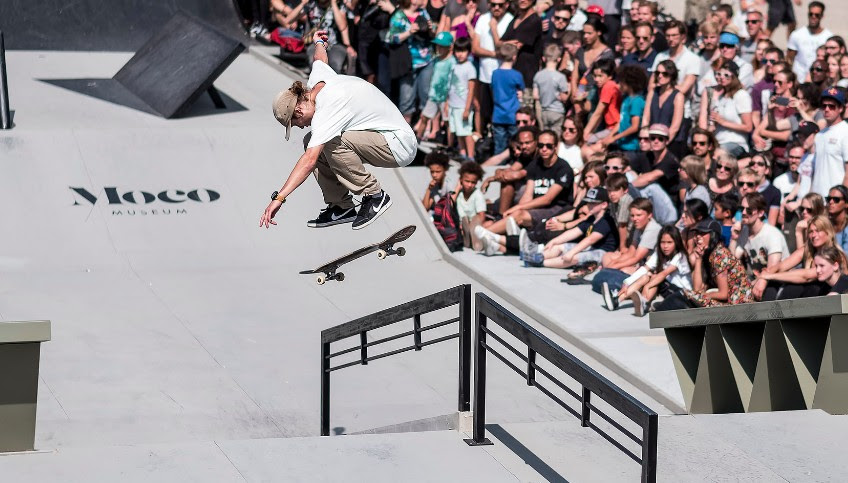 Under the blue sky accompanied by the scorching summer sun 30 qualified riders from Europe and far beyond went to battle on Sunday  the 9th of July 2017 on the Museumplein in Amsterdam. With € 10.000,- price money on the table the audience was served some of the best skateboarding ever seen in The Netherlands. The tournament was part of the second edition of the Urban Sports Week Amsterdam.

Thanks to the gifted riders from Brazil, Russia, Slovakia and The Netherlands the contest ended in nerve-racking finals. The finalists made optimal use of the custom made course by Nine Yards Skateparks Co. with a combination of technical and spectacular tricks.

Matias Del’Olio’, switch flip back tail shuv it out.

For two days the Museumplein in Amsterdam hosted some of the biggest talents in skateboarding. USWA Amsterdam Open Skateboard Contest 2017 has been made possible by Gemeente Amsterdam, Sony en T-Mobile. The contest was organised by Skateboard Federation Netherlands in cooperation with TIG Sports.